The Most Popular Sushi Lunch Orders in Major U.S. Cities 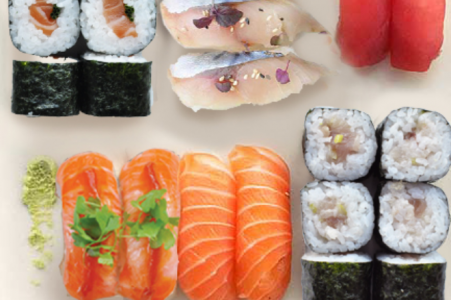 Whether you realized it or not, last Saturday was National Sushi Day, so we decided to celebrate by exploring America’s love for the Japanese favorite. Sushi makes a perfect order-in choice for busy professionals who want to opt for a healthier option. But what’s the favorite in your city?

Read on to find out – and restaurants, take note: if you know that your city favors tempura over tuna, or sashimi over Hamachi, it’s a great opportunity to feature those items on your menu and make it easier than ever for customers to order what they want.

BOSTON
If you’re a Bostonian, the chances are, you love nothing more than a spicy tuna roll. Boston ordered the sizzling favorite 8 times more frequently than the rest of America, spending an average of $37 per order.

CHICAGO
We already learned that Chicago love their Philly Cheesesteaks during March Madness, but when it comes to sushi, it turns out they’re not afraid to be a little adventurous. They’re 25 times more likely to order a negi Hamachi roll (also known as yellowtail with green onions) than their fellow countrymen, spending an average of $40 per order.

LOS ANGELES
Los Angeles residents like a bit of crunch with their sushi. They order crunchy rolls 6 times more frequently than the rest of the States, with an average spend of $38 per order.

MIAMI
Miami are soaking up the sun with a side of salmon tempura, according to our data. Miami order salmon tempura rolls 7 times more often than the average, and their order total usually hits around $40.

NEW YORK
Maybe it’s those cold winters, but New Yorkers – like Bostonians – also like a little spice in their sushi. They order spicy tuna with crunch a huge 31 times more than average, spending $36 on average.

DALLAS
If you’re in Texas and craving a break from bbq, Dallas is the place to head for sushi. They’re fans of salmon sashimi and are 3 times more likely to order sushi than the rest of the state.